Why You Need to Cut Your First 50 Pages w/ Allison K. Williams 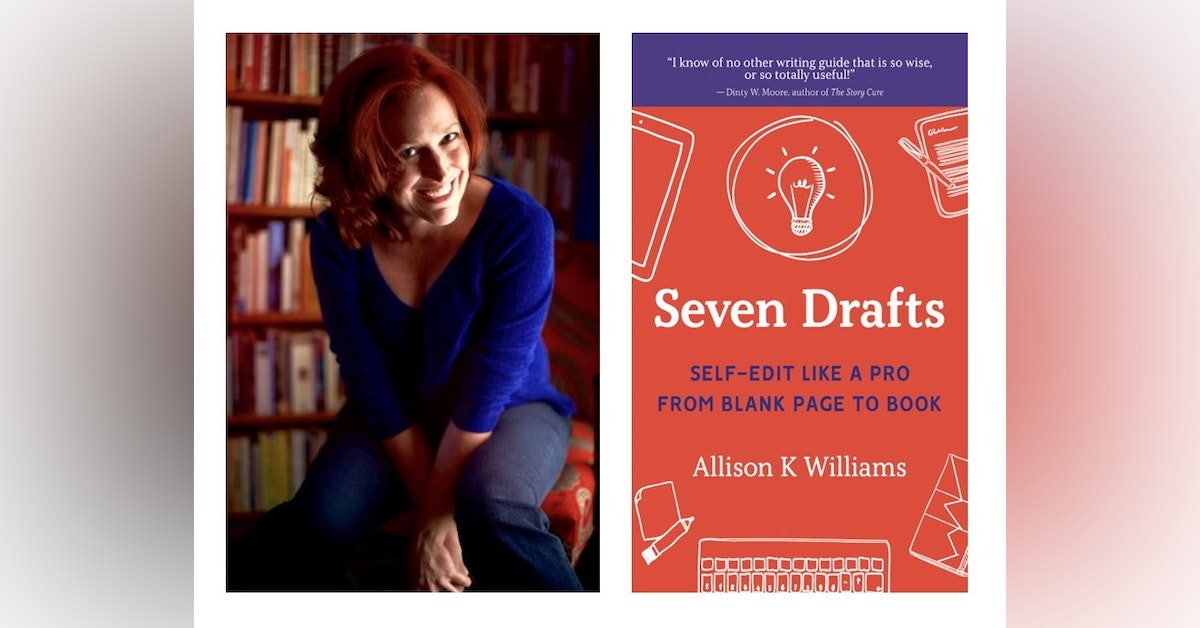 If you’ve spent time in the world of creative nonfiction, chances are you’ve come across today’s guest, Allison K. Williams (read more below).

If you’ve spent time in the world of creative nonfiction, chances are you’ve come across today’s guest, Allison K. Williams.

As the “Unkind Editor,” she builds on a decade of experience with hundreds of clients to dole out straight talk on writing and publishing.

And as Brevity.com’s social media editor and cofounder of “The Writer’s Bridge,” she uses her expertise to help writers build their author platform.

In today’s episode we talk about how Allison’s background as a street performer shapes the way she looks at writing.

And we explore her new book, Seven Drafts: Self-Edit Like a Pro from Blank Page to Book. It’s based around a breakthrough she had at a writer’s conference, when she realized writers could tackle every stage of writing and publishing if they thought of their work as a series of successive drafts.

In addition to working as a freelance editor, Allison is also a popular conference speaker and writing coach. As an author and storyteller, her work has appeared in the New York Times, on NPR, and on CBC-Canada. She lives in Dubai with her husband.

This episode was edited by Paul Zakrzewski and produced by Magpie Audio Productions. Theme music  is "The Stone Mansion" by BlueDot Productions.